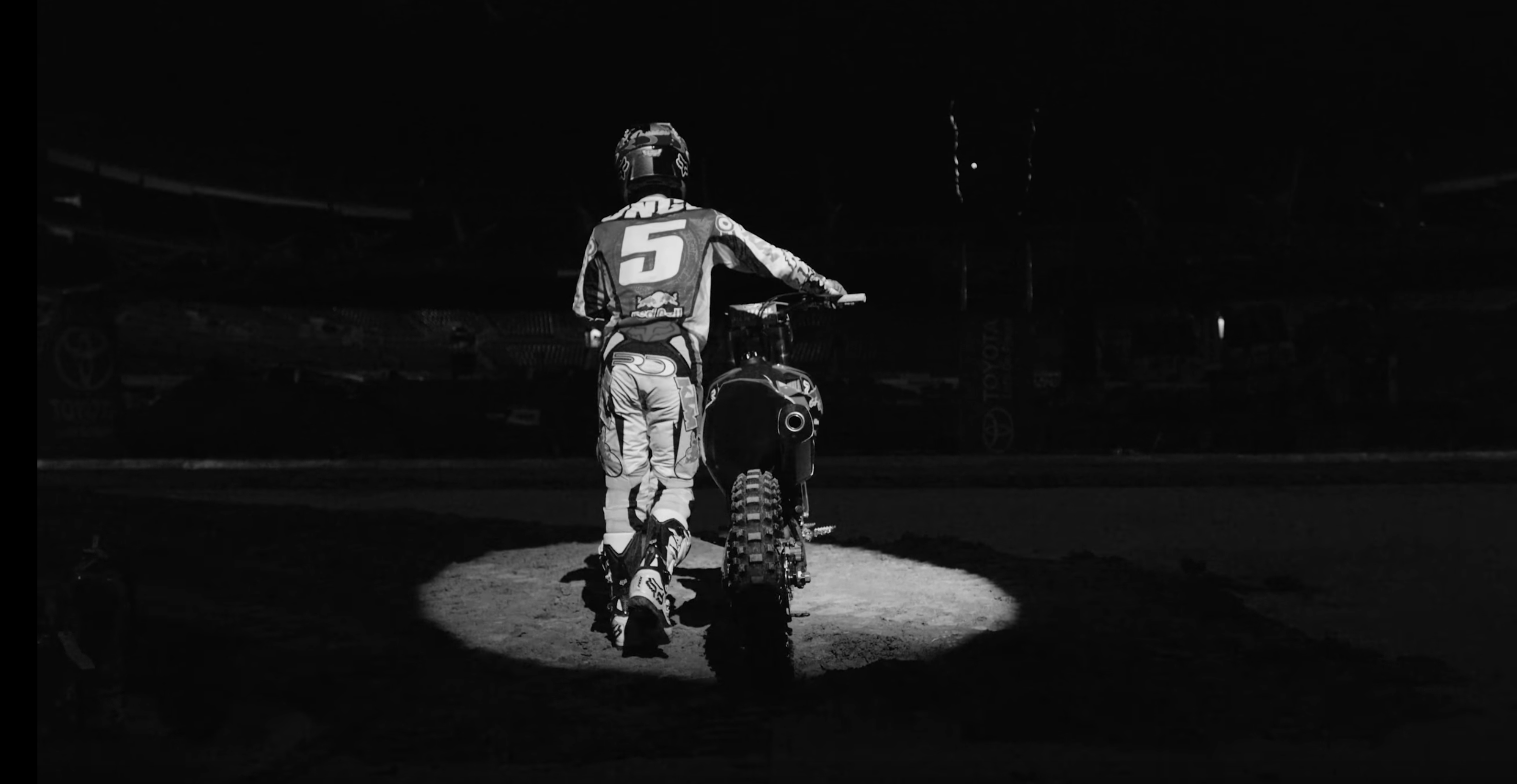 ONE FAMILY | ONE BRAND
VIDEO

WE RACE TOGETHER
Fox signs the Pro Circuit team

CHALLENGE:
Create a campaign that creates excitement around joining forces with Pro Circuit.

CONCEPT:
Focus on the legacy of both brands and how it is only natural that they merge together. Pro Circuit's longstanding tagline has been "We Race." We wanted the entire team to feel as if they had a new lifelong partner with Fox. "We Race Together" solidifys the partnership by saying to the world that no matter what, we are in it together.

RESULT:
Overwhelming positivity to the campaign solidifying the partnership between Pro Circuit and Fox. Campaign continued to evolve as more video pieces were added on over the years.

WHAT IS PRO CIRCUIT?

Pro Circuit was founded by owner and off-road legend Mitch Payton in 1978. It is known as a supplier of aftermarket parts as well as having an in-house pro motocross race team. The team competes strictly in the 250 class. No other team in the histroy of the sport has racked up as many titles as Pro Circuit. The focus of the campaign was to show the alignment of two well established entities in the motocross world, and highlight their rich heritage and passion for the sport together.

Video was the driving force for the campaign. We wanted to highlight the new bond between the two historic brands. Prior to shooting we developed a storyboard and a launch strategy that would service all of our needs. As the campaign has progressed over the years, more video components have been added in the same spirit as the initial campaign launch.

This print ad was timed to hit newsstands the very same week that the announcement went out on all of our digital channels.

As with any campaign, digital is a tremendous area of focus. This rollout blanketed all of our endemic media channels as well as our own site. 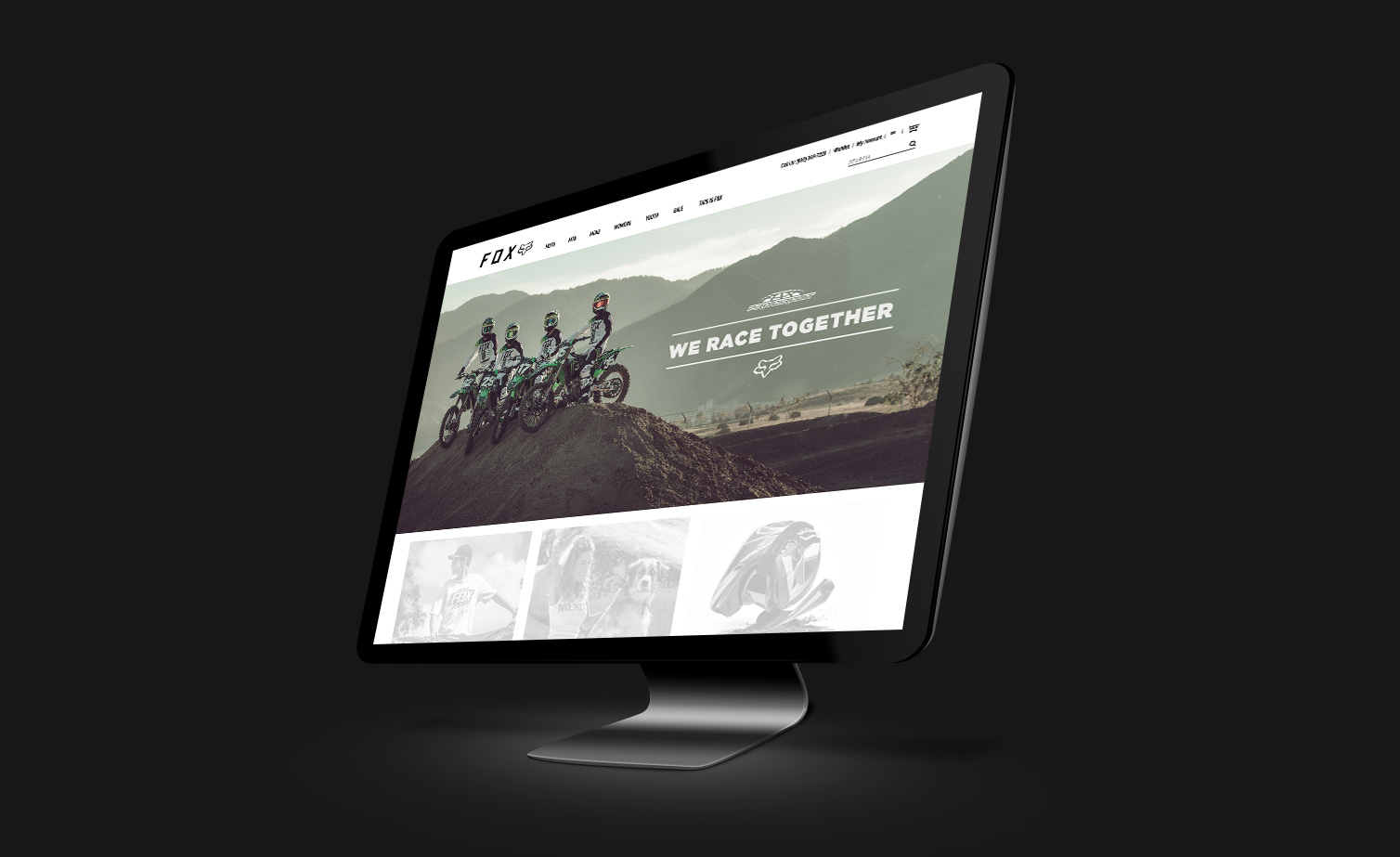 The day the announcement was made, we had a party at the office and invited the media as well as everyone from both companies. As a symbol of our newfound alliance, we decided to create a keepsake to remember the moment. We took old connecting rods once used in the motors of the Pro Circuit race bikes and used them as a symbol of unity. The message on the back reads:

This connecting rod was once used to join the
top and bottom ends of a Pro Circuit race motor.
Now, instead of connecting two halves of a motor;
it has become a symbol of the union between Fox and Pro Circuit.
This piece was a binding part of a machine,
and we are bound together by a desire for victory.
From this day forward,
WE RACE TOGETHER 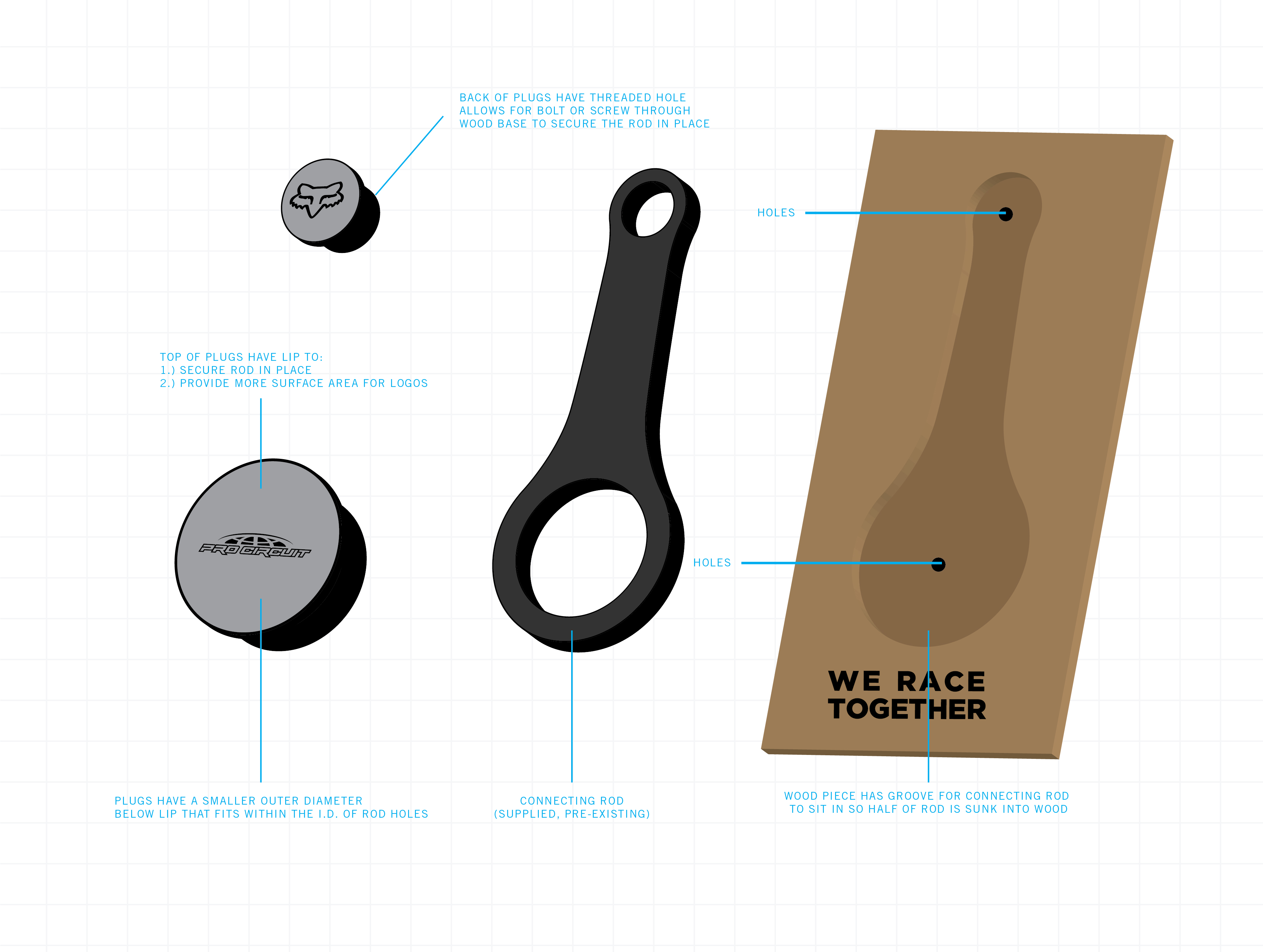 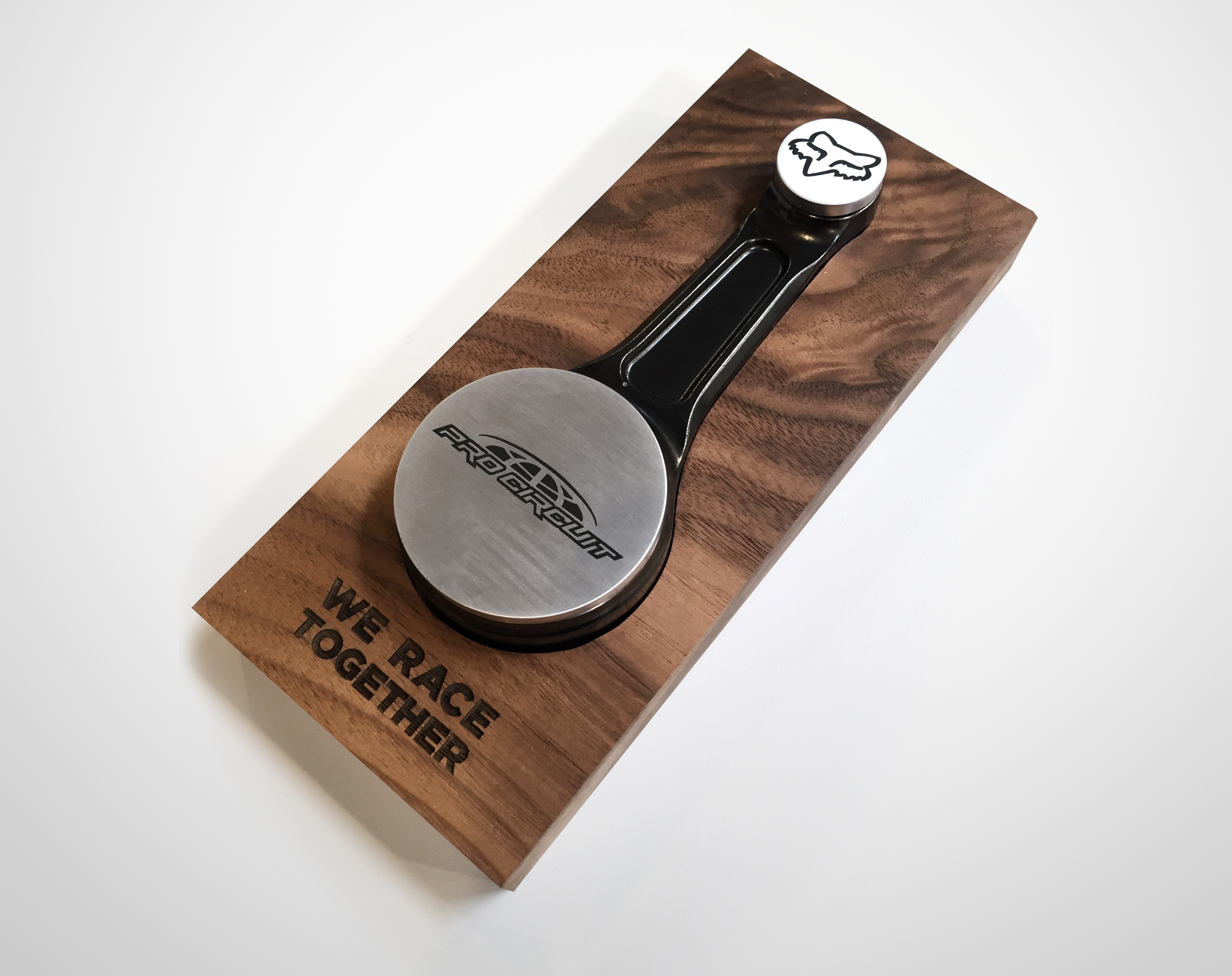 We created this one off custom t-shirt to commemorate the moment. 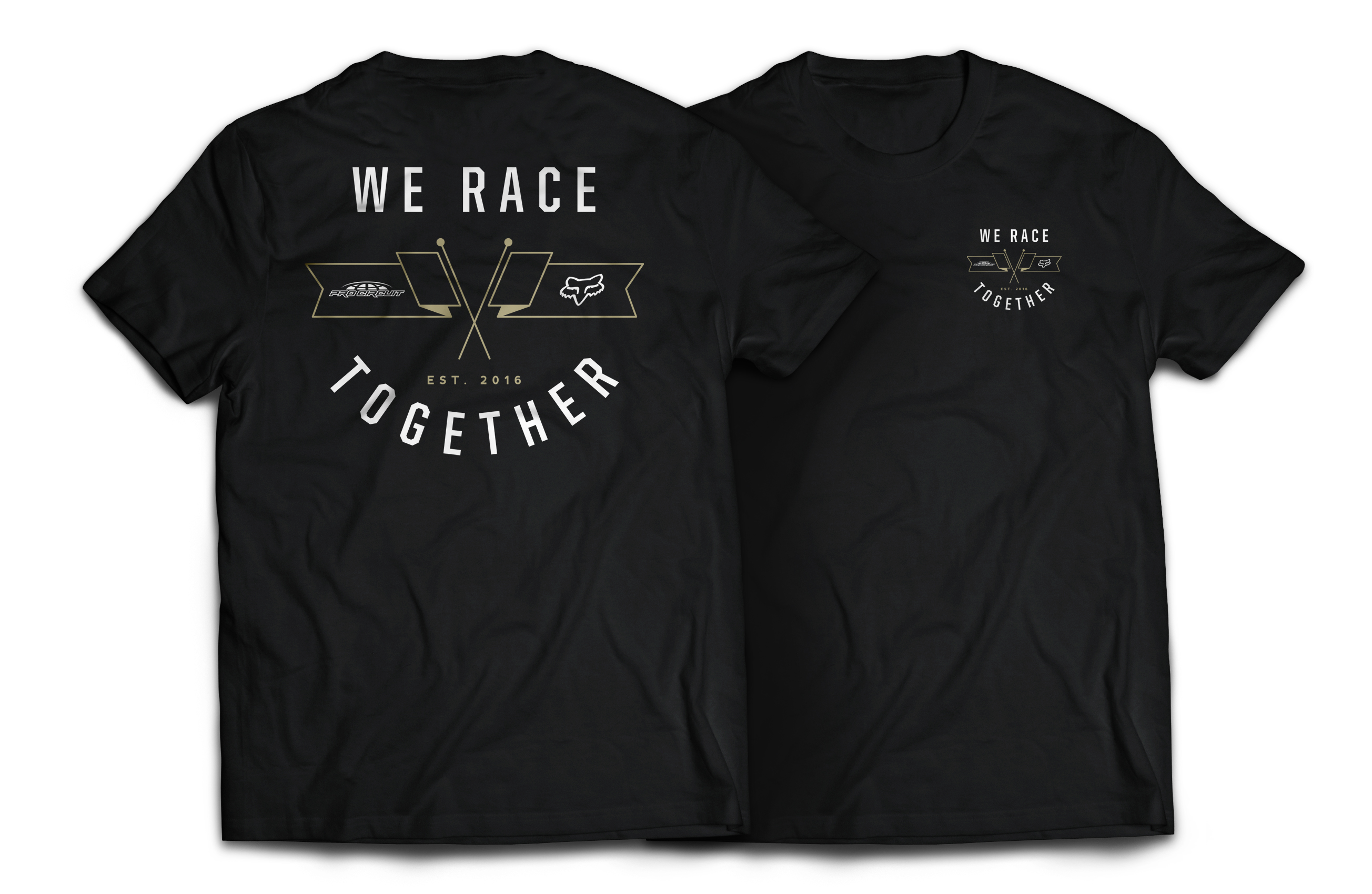 Imagery emblazons the front of the pro circuit office as a constant reminder of our longlasting partnership. The photos were curated to give the sense that the background mountains were one continuous piece. 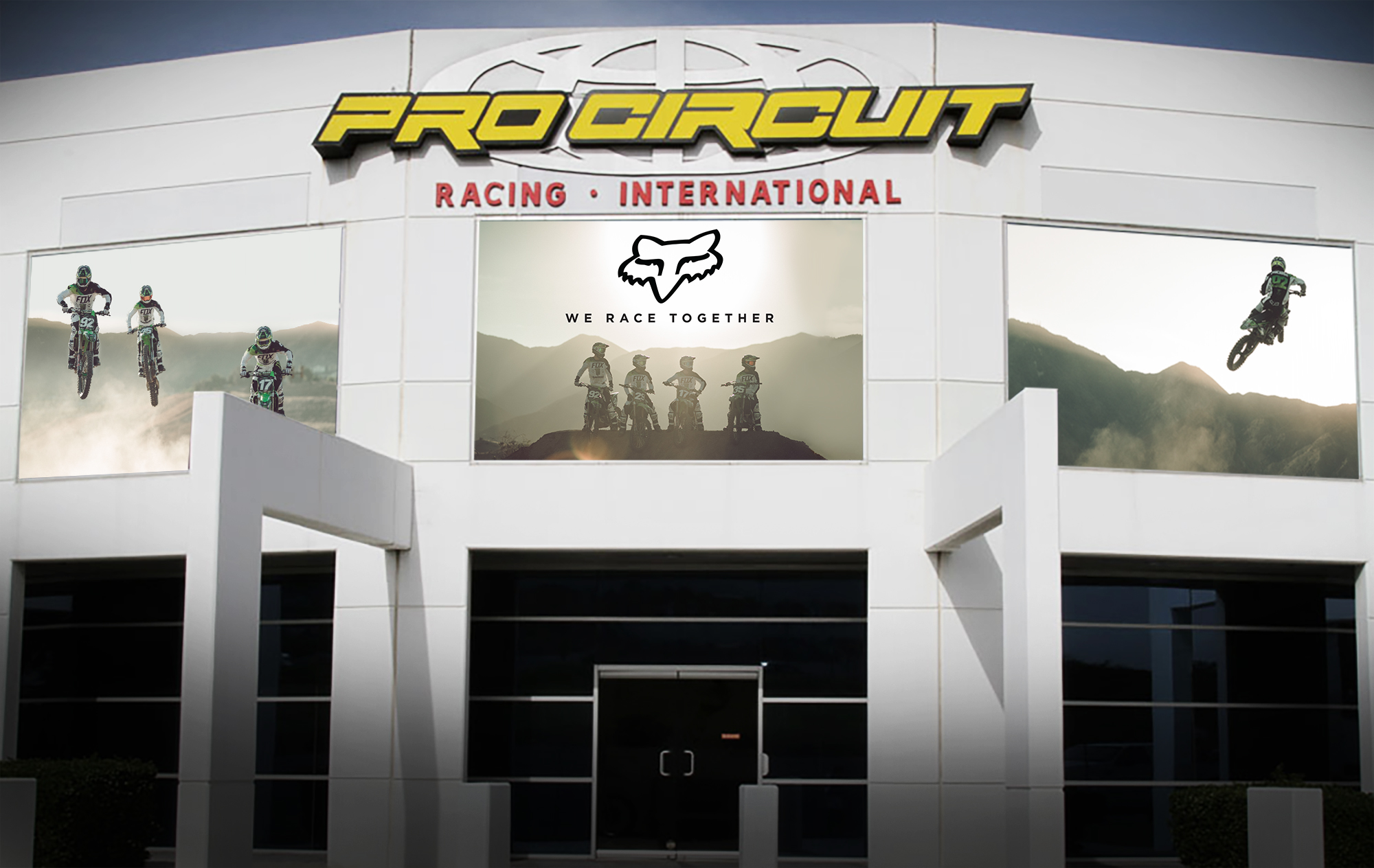 ONE FAMILY | ONE BRAND
VIDEO